Best iPhone and iPad apps for your use

Photoshop has long been the mainstay of designers,
photographers and internet meme makers. This free iOS app is in no way a replacement for the in-depth editing tools that come with the full Photoshop release, but it’s one hell of a starting point for beginners.

Photoshop has long been the mainstay of designers,
photographers and internet meme makers. This free iOS app is in no way a
replacement for the in-depth editing tools that come with the full
Photoshop release, but it’s one hell of a starting point for beginners.

Angled towards patching up photos, the app has tools that give you
the ability to warp faces, “heal” pictures by removing imperfections (or
unwanted people in the shot), as well as tweak a range of colour, focus
and tone options. You can export layers to Photoshop CC, making it both
a great ancillary tool and quickfire editor. The fact that all of these
features are free is mind-blowing.

There are many variations on the looping-video format but Boomerang
is by far one of the most entertaining. The app works by taking a burst
of 10 photos then automatically stitches these together into a 1-second
video that rolls back and forth in perpetuity. The jerky aesthetic of
the shot clips gives them a rough charm – a bit like the dancers in the
video for Pulp’s Common People.

The app is made by Instagram, so it naturally offers a prominent
button for sharing the videos there, as well as on Facebook. You can
also choose to save the clip on your camera roll as a 4-second loop for
your own amusement. 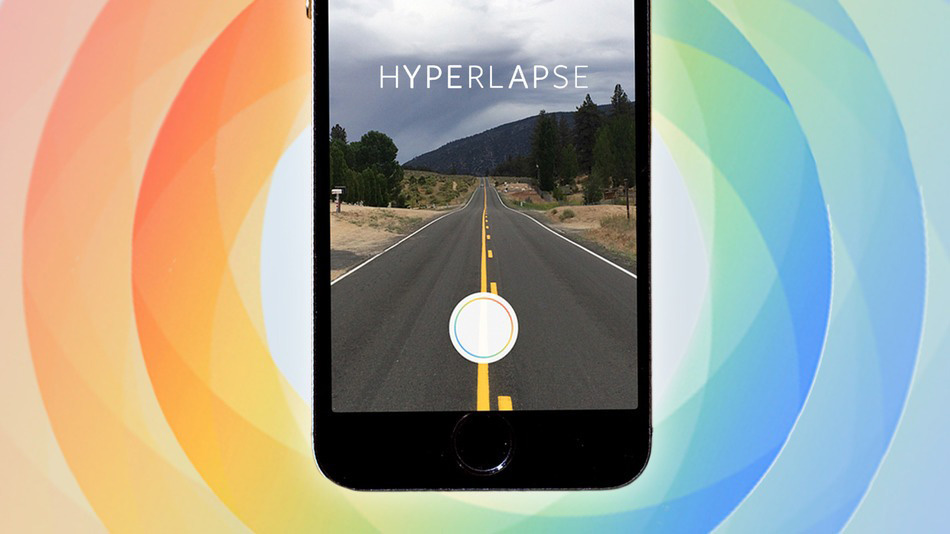 Hyperlapse is a fun photography app from Instagram that lets you
shoot time-lapse videos without the need for expensive equipment.
Automatic stabilisation means you end up with polished,
cinematic-feeling footage. Whether you speed up a sunrise or train
journey, compressing long videos into short clips is a satisfying way to
capture the world around you. 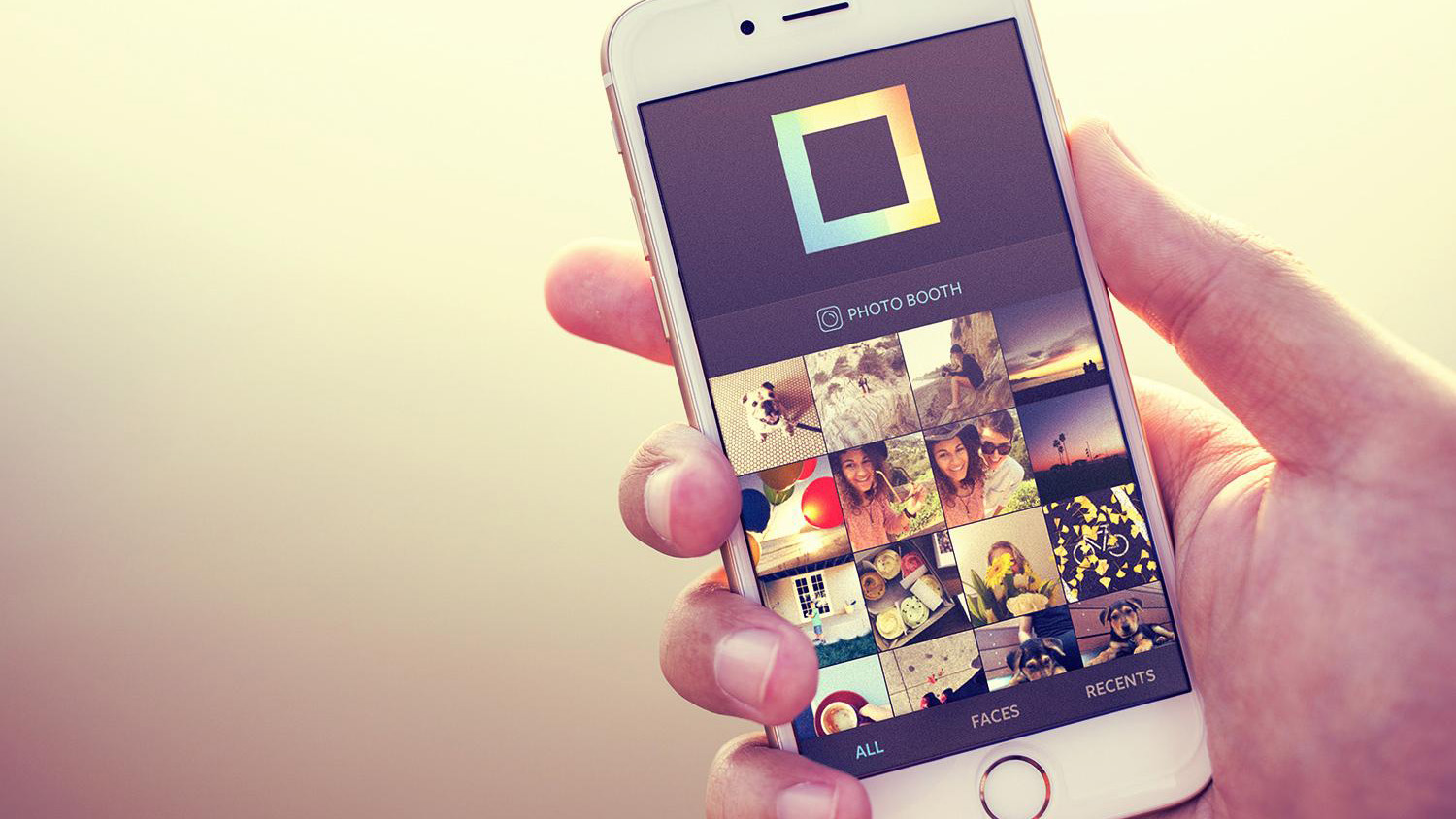 Also by Instagram, Layout is a useful collage-making app that lets
you combine your photos into creative composites. There are similar apps
out there but none are as polished as this, and the connection to
Instagram offers easy integration between the two. 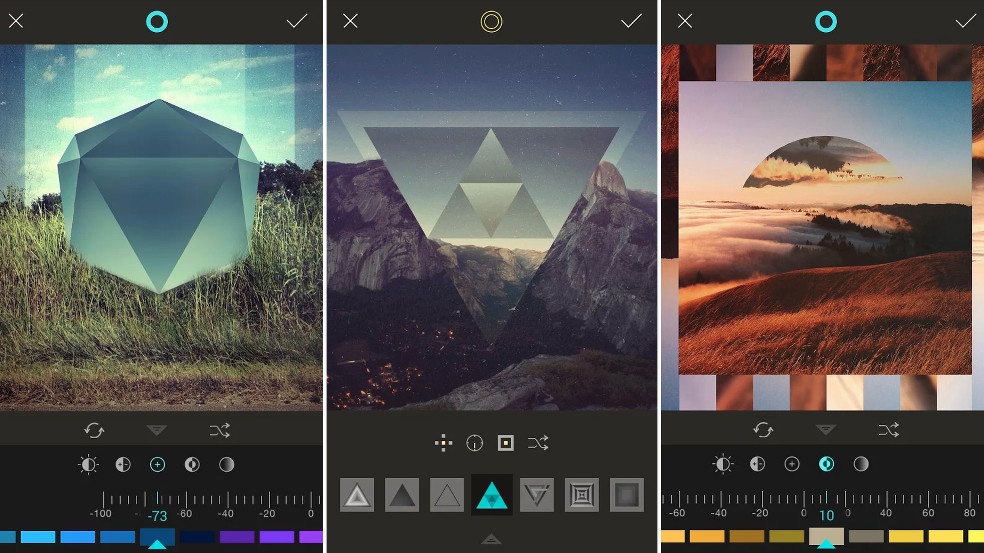 This app lets you turn your photos into almost every album cover ever
to have graced the front page of Pitchfork. You can turn your images
into geometric patterns, and there’s a lot of fun to be had
experimenting with different shapes and collages. 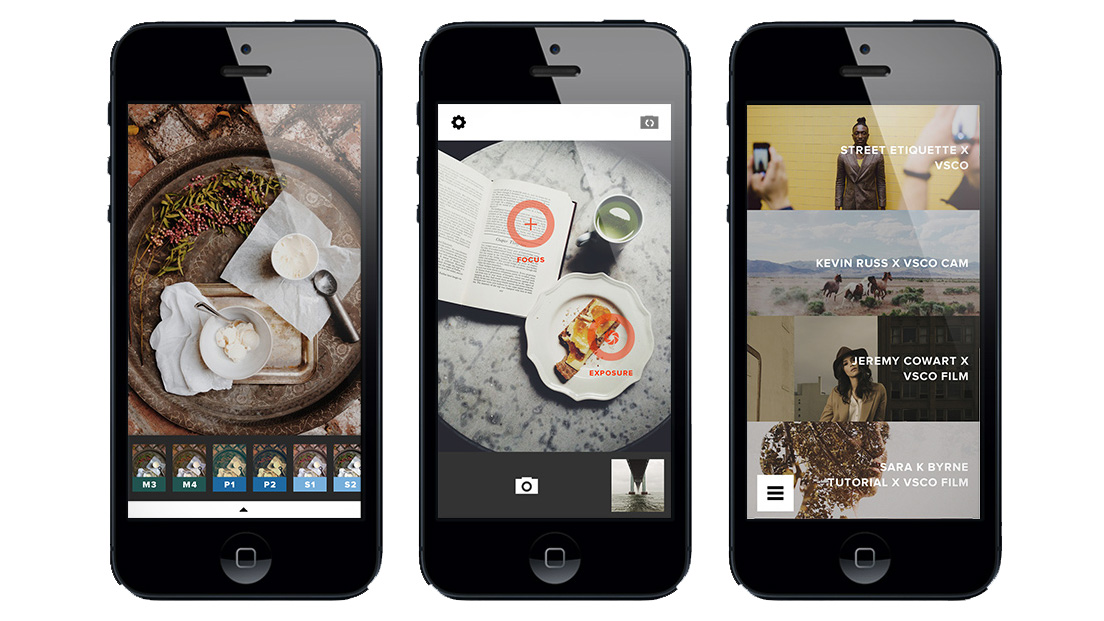 VSCO Cam upgrades the standard iPhone camera app to give photography
enthusiasts full control over the shutter speed, ISO and white balance –
as well as letting you choose focus and exposure values from separate
areas of your frame.

Once you’ve captured the perfect image, you can apply a range of
filters with adjustable strength. Manual post-processing tools let you
apply exposure correction, deskew images, adjust colour temperature and
more. What makes VSCO Cam stand out is that these edits are
non-destructive, so you have full freedom to experiment and perfect your
image. When you’re done, you can share your creations on an online
gallery.

The iPad app doesn’t offer the full range of manual camera controls,
but images can be synced between multiple devices, so you can shoot on
your iPhone then edit on the big screen.

Video of DSCO BY VSCO — GIFs are here

This app from VSCO lets you make GIFs, add a bunch of simple filters
and share via VSCO and your social network of choice. Point the camera,
hold down the screen and you’ll record a looping clip of up to 2.5
seconds. After you’ve published, the GIF will be saved on your camera
roll both as a GIF and as an MP4 video.

In practice it works a bit like a cross between Vine and Snapchat –
with a simple user interface that lets you hit the ground running. The
minimalist design can sometimes be paradoxically confusing, but there’s
something inherently charming about jittery GIFS that keeps them popular
on the internet, and this app is ultimately a useful tool for making
your own. 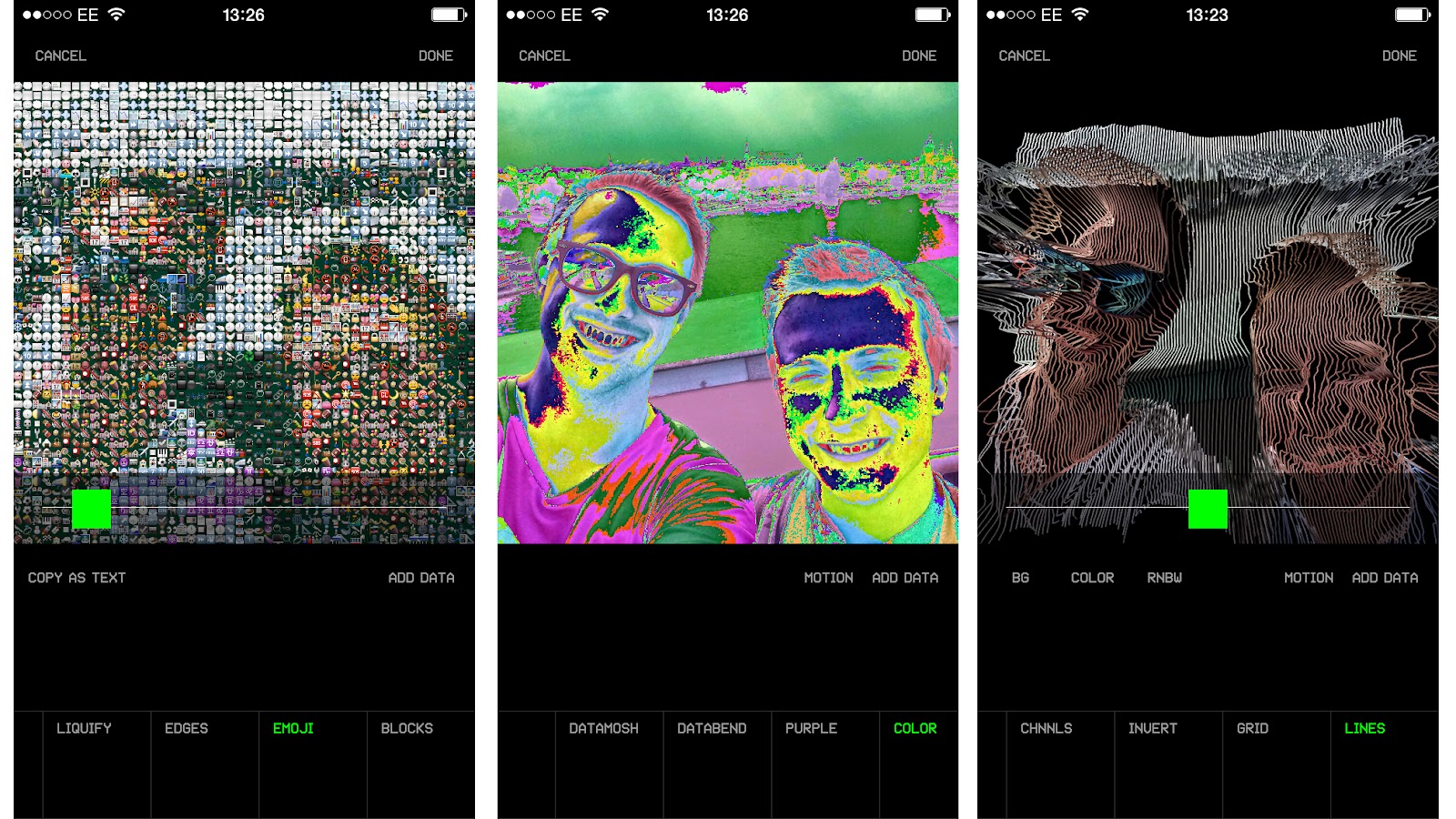 What used to happen for free with crappy VHS players is now the
subject of an app that lets you turn photos into glitchy works of art.
For less than a quid you get a sizeable range of tools, from databending
to turning pictures into a grid of emoji. There’s definitely a book
waiting to be written about the popularity of the glitch as an aesthetic
– originally something accidental and broken; now something purposeful
and constructed – but it’s probably best not to think too hard and just
enjoy making your photos freaky.

There are more than enough tools included in the base version to
impress and terrify your followers, although if you’re here for hi-res
exports you’ll need to shell out £2.29 for the Pro version.

While the 24 photo filters and editing tools that come with EyeEm are
appealing enough, what really sets the app apart from its similarly
clothed kin is the presence of an integrated marketplace. EyeEm Market
is a place to upload your best shots, where they have a chance of being
picked up by brands and publishers. Throw in an active community with
this ability to make a bit of extra money and you’ve got a winner. 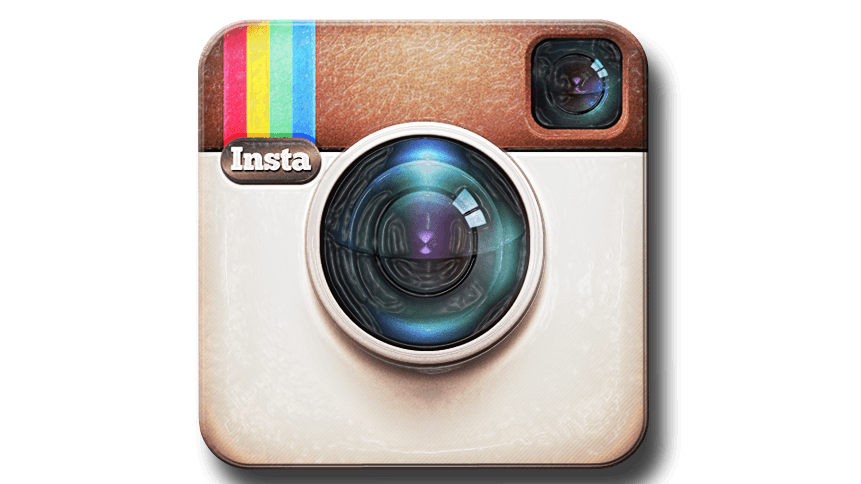 The best-known photography app is also the easiest to use, and a
great starting point for amateur photographers. Aside from the
ever-present selfies, Instagram offers a surprising amount of
flexibility when editing photos, from choosing filters to adjusting more
twiddly settings such as brightness, contrast and highlights.

2 thoughts on “Best iPhone and iPad apps for your use”